The Sumatran poet Antonius Silalahi (1973) writes about the devastation of Sumatra’s nature caused by extension of palmoil plantations and destruction of the environment. Other themes in his poetry are social inequality, the gap between rich and poor, and last but not least, how it is to survive in Indonesia as a blind person. Because Antonius became blind at the age of 9. A year later he lost his parents and became an orphan. Some time later he met the Dutch Catholic nun Jeanette van Paassen who offered him schooling and made possible that he went to Bandung for further education. In Bandung he also took massage lessons. He lives in Medan from his massage practice.

Antonius Silalahi published 3 poetry volumes and is active in literary circles in Sumatra. He has a radio program about poetry and is chairman for the blind society in Medan. Antonius is married to a blind lady and they have 1 son, who is sighted.

Below follows an article in Dutch about Antonius Silalahi by Marije Plomp. She studied Indonesian language and culture at Leiden University and wrote the following article in ‘Moesson’ magazine. 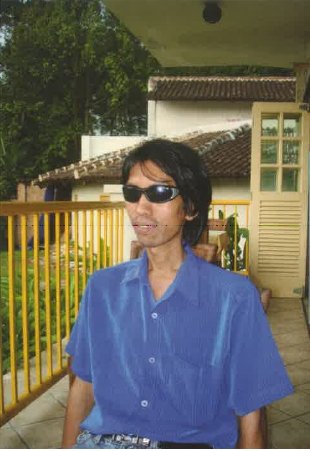 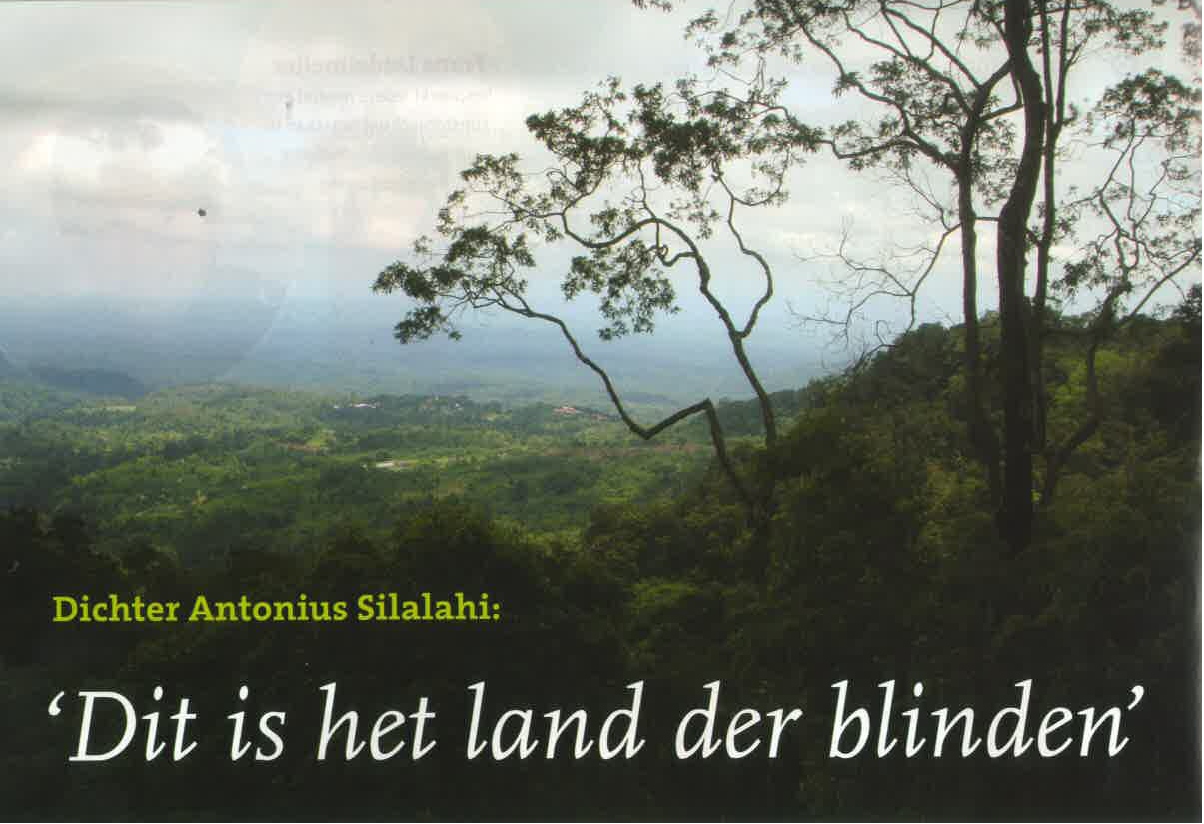 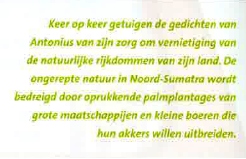 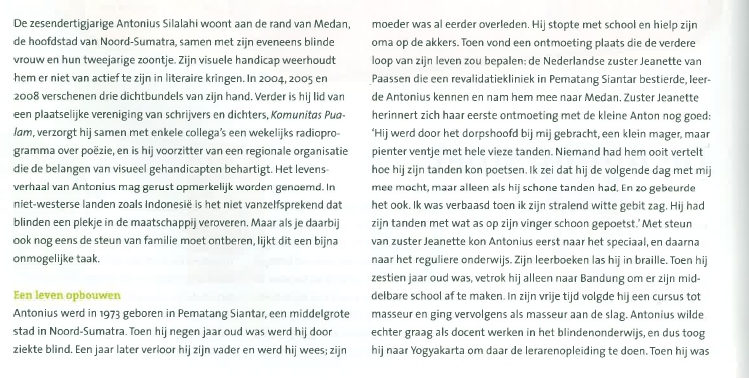 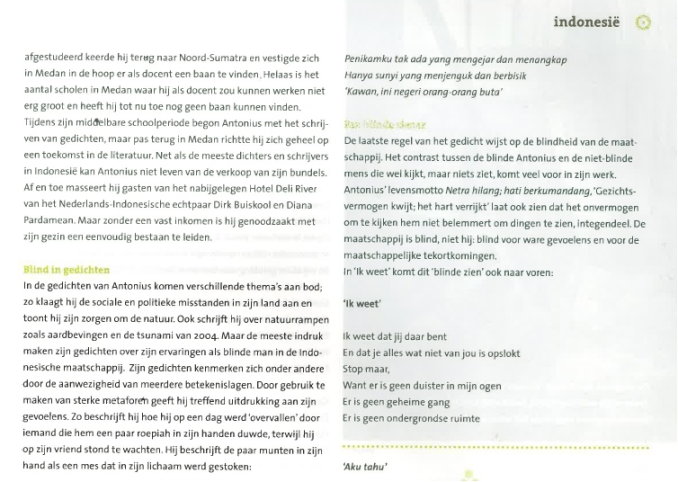 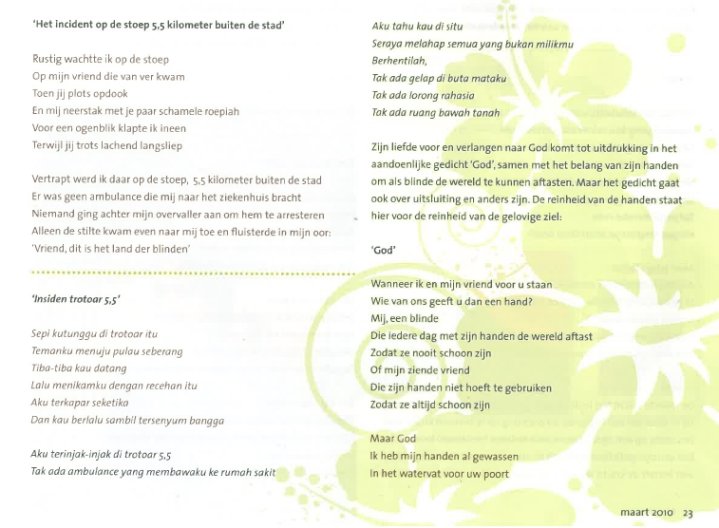 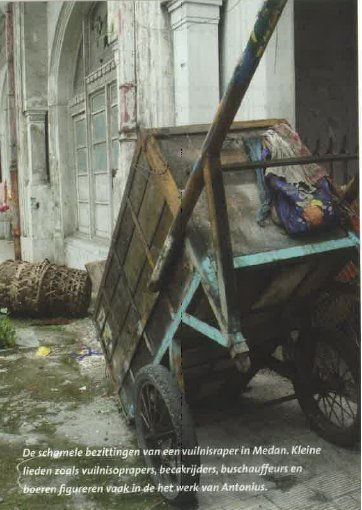 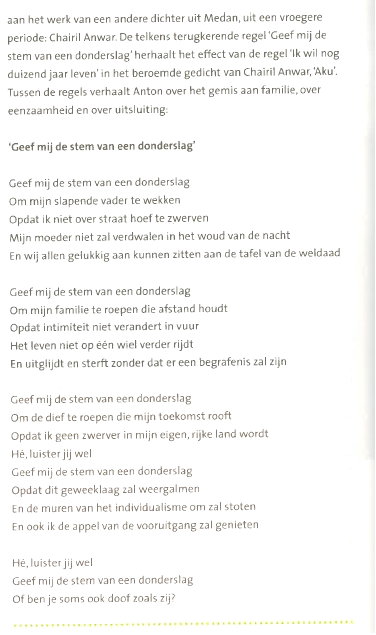 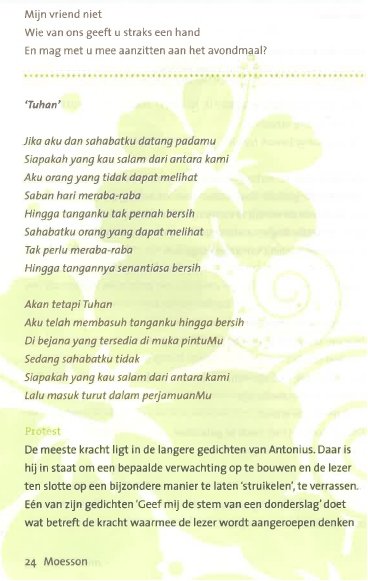 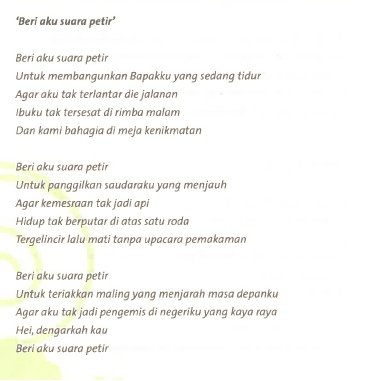 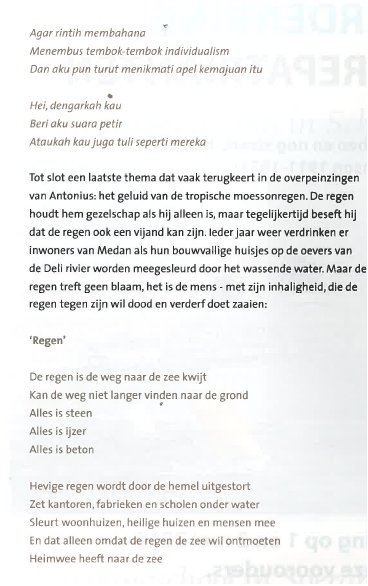 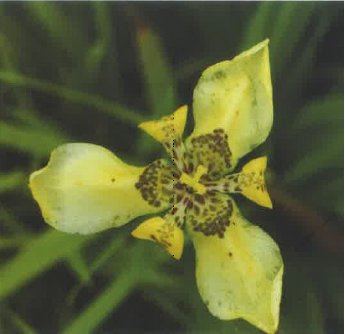 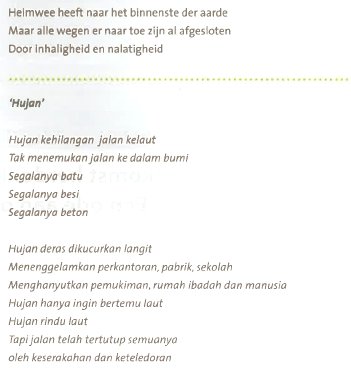