Palembang in South Sumatra has an ancient history. From the year 500 to about 1400 it was the capital of the Srivijaya Kingdom. This kingdom ruled the coast and strait until the year 1100 when the Javanese Singhasari and Majapahit kingdoms became stronger. The Srivijaya kingdom was finally conquered by Majapahit around the year 1400.

Trade contacts with China resulted in Chinese trading posts in the Palembang region during that period. Srivijaya was a center for export to Southeast Asia in the 18th century. Today we can still see relics of this 1400-year-old culture in the two museums of Palembang.

The Italian explorer Marco Polo also wrote about Srivijaya when he visited the region in 1292. First, there were Hindu and Buddhist religious influences. From the 13th century onwards, Islam became the dominant religion.

In the seventeenth century, the Dutch East India Company (VOC) took over the pepper monopoly in South Sumatra. In doing so, it excluded the Chinese traders, which had been the main buyers of the Sumatran pepper until then. The Dutch fortress in Palembang dates back to the 18th century and is still in use by the Indonesian army.

Boat trip on the Musi River in Palembang

Next, to the old Dutch fortress and the museum, a boat trip on the wide, impressive Musi river is a tourist attraction in Palembang.

In 1910 oil was found in the region, which resulted in the important oil fields of the Bataafsche Petroleum Maatschappij (BPM), later part of the Royal Dutch Shell. The BPM built oil refineries in Pladju (Pladjoe) near Palembang. When Japan invaded Sumatra in February 1942, a fierce battle was fought over these strategically crucial oil fields with high quality crude oil. In the 1950s, the Shell oil fields in Pladju were taken over by the Indonesian state oil company Pertamina. 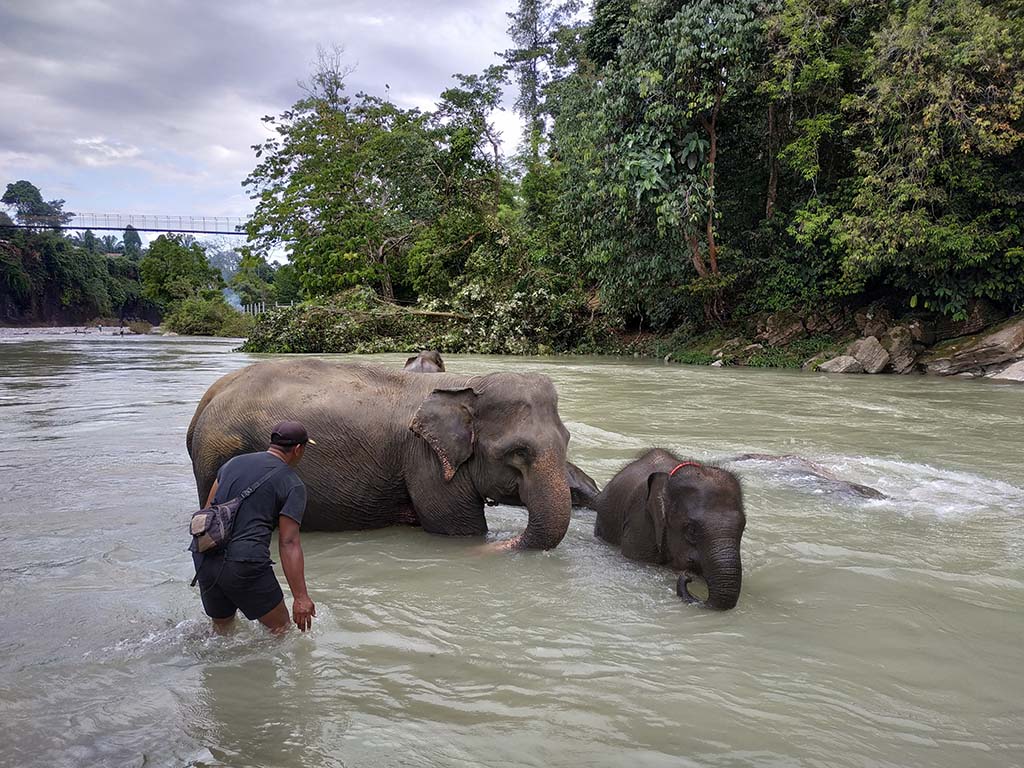 You can see elephants in the Way Kambas Elephant Reserve. The Way Kambas National Park is about 8 hours from Palembang.