The Region Around Lake Toba

The region around Lake Toba is one of the most beautiful areas of Sumatra. Lake Toba itself was officially put on the map around 1850. In Marsden’s ‘History of Sumatra’ dating from 1811, we read:

‘It is said that there is a huge lake in North Sumatra, where exactly is not known.’
Numerous writers praised the beauty of the crater lake. The Dutch writer Louis Couperus for example, in his travel journal ‘Eastward’ from 1923, writing in the style of the time:

‘It was the incredible beauty of an ancient, volcanic world, which through her cataclysms stayed a paradise of giants and gods. There is something gigantic in this nature and herin lies Lake Toba as a blue jewel, luminescent between the pearl white, straight rocks.’

They loved to talk

The region south of the lake, towards Tarutung, (the centre of the Christian Protestant Batak Church), stretches along the ricefield covered borders of Lake Toba. On the one hand we can see the mountain range of the Bukit Barisan, rising to over 1500 metres, on the other hand the lovely slope sawahs. The huge Batak graves along the road are striking. The greater the tomb the more important the person was. Mr W.Ph. Coolhaas was a civil servant during the thirties in the Batak country. Sixty years later he had the best memories about the Batak:

‘I found the excursions, when I stayed overnight in a village, absolutely necessary to learn more about the people in their own environment … When the evening came, everything that was male and above ten years old, came to sit and talk. Women, at least superficially, were of no importance. Very cheerful the Batak people were not, nor very friendly, but they loved to talk. Every subject we talked about, which in general was about things that villagers in an agricultural community are interested in, was thoroughly discussed. Almost everyone, old and young, thought it necessary to give his opinion loud and clear…’

W.Ph.Coolhaas looked at the land and people of the Batak through Dutch eyes. The young Batak Sitor Situmorang came from a desah on the borders of Lake Toba. He of course looked through completely different eyes to his native region. As a son of local nobility, he was one of the privileged few, who was allowed to follow Dutch education. In the fifties he wrote down his memories in ‘The old Tiger’:

‘In my youth, between 1924 and 1931, the people in the valley of Harionboho were still excluded from the outer world; they lived from agriculture and barter trade in the valley…. As a small child I had very little contact with my parents. Above the age of two the village child is directly involved in social activities with children of his own age; herding sheep, fishing in the river and the lake, poaching, stealing fruit from the others and in the midst of the crowds attending the adat ceremonies when animals were sacrificed to the gods..’
(Sitor Situmorang, The old Tiger, pp. 14, 15.)

From the memories of Sitor Situmorang we get an impression of the Batak country in the thirties. In 1931 he went to Balige, on the southern tip of Lake Toba:

‘The six hour boat trip to the south went via the waters west of the lake. This was the first time I left the valley and the first time I experienced the vastness of the lake. Balige was also my first town. The Dutch school was founded in 1925, in the same period that the Trans Sumatra road was opened from Medan to Padang. As the landscape to the north of the lake was dominated by groups of high steep mountains, Balige was also surrounded by mountain ranges which rose higher to the east, towards Habinsaran, where the sun rises, the source region of the Asahan stream. … Behind that was a mysterious outerworld, just as this outer world, for centuries had considered the Batak countries a mysterious world, populated by tribes with scary habits, with a fascinating adat culture interwoven with legends and myths….’ 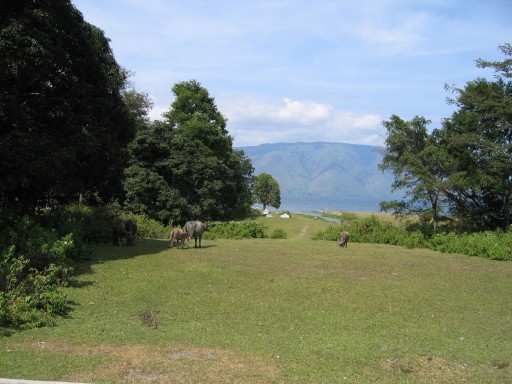 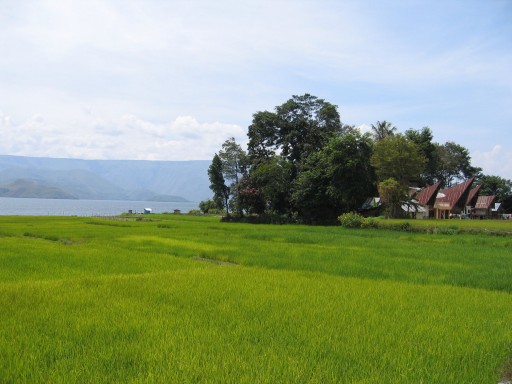 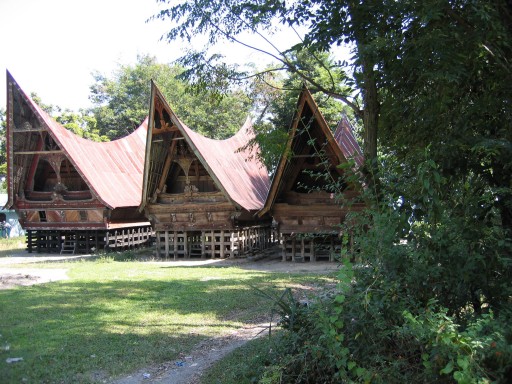