Why People Should Travel to Medan 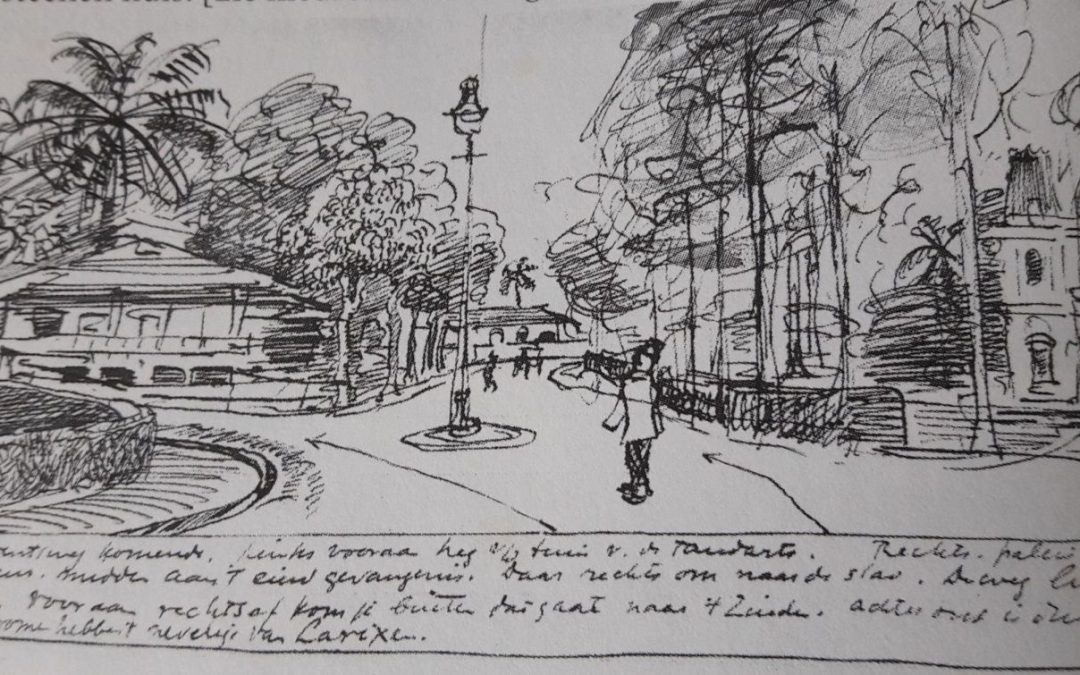 For many people, the city of Medan is only a place of arrival on Sumatra, after which people travel to the orang utans in Bukit Lawang and to Lake Toba.

However, Medan is very worthwhile to visit because of the fascinating story about this city and what can still be found there. It is only an hour’s flight from Singapore and Kuala Lumpur, it is a shame to skip this city with its special story.

Medan is an example of a multi-cultural and multi-ethnic society because there are many ethnic groups living in the city, such as the Javanese, Minangkabau, Batak, Indians and Chinese.

In Medan you can taste a variety of dishes from the different population groups, see dances, clothing and other cultural expressions, and the different groups often still use their own dialect or language. This is most evident in the Chinese population group in Medan, which still speaks the Hokkian dialect.

These different population groups are the result of the plantation industry because the workers on the plantations came from elsewhere, such as from Java and also many from China.

The plantation industry, which started around 1870, is an important part of the history of the city. A lot of money was earned with the export of tobacco, rubber and palm oil.

To this day, impressive buildings are reminiscent of these heyday of colonial history. The most famous buildings from before 1940 are the palace of the Sultan of Deli, the Great Mosque and the house of Tjong A Fie.

Medan is a fast-growing city with modern high-rise apartments, large hotels and shopping centers. But in addition, there is still much to be found from the period before the Second World War, which is why the city is so interesting. Below we give an impression of the history of Medan.

The main buildings of Medan stood around the central square, the “Esplanade”. Here was the office of the Javasche Bank, the town hall from 1908 with the clock tower donated by the wealthy Chinese Tjong A Fie and hotel De Boer.

Hotel De Boer was a household name in the Dutch East Indies. The elite who visited Medan stayed at this hotel. Hotel De Boer accommodated celebrities such as King Leopold of Belgium, famous Dutch writers such as Louis Couperus and Mata Hari.

The famous dancer Mata Hari, aka MargarethaZelle, lived in Medan from 1897 to 1899. A short time later she divorced her husband. She began her career as an exotic dancer in Paris in 1905, until her tragic end in 1917, when she was executed on suspicion of espionage for the firing squad in Vincennes.

Several Hollywood films about Mata Hari were made in the twentieth century. She became the most famous resident of Medan.

The novel “Rubber” about Deli

The writers Szekely couple have captured Deli in an inimitable way. In 1933, MadelonSzekely published the novel Rubber which immediately caused a wave of excitement and protest because of the raw image of Deli as a result of the many labor abuses on the plantations.

In addition, there was the “affair” that the married MadelonLulofs had with LadiszslaszSzekely, which forced both to leave Deli. Rubber became a bestseller and was even filmed.

Even though Medan was a typical European plantation town, the most appealing resident was not a European, but the Chinese Tjong A Fie.

In the “rags to riches story” about the Major (highest representative) of the Chinese Tjong A Fie, the story goes that he came to Sumatra without money in 1875 and managed to make a fortune in supplying the plantation industry in a few decades.

He bought his first rubber plantation around 1906 and at the time of his death in 1921 he owned about twenty rubber, tobacco and palm oil plantations and employed more than ten thousand employees. His right hand and confidant wasDolf Kamerlingh Onnes, brother of the Nobel Prize winner Heike Kamerlingh Onnes.

In 1923 Dolf traveled to Sumatra for the last time to look after the affairs of the deceased Tjong. This time he made the journey in the company of his cousin Harm, who sent long letters home during his journey, illustrated with beautiful drawings.

The letters with drawings from Harm give us insight into colonial society as well as the business empire of Tjong A Fie.

The remarkable thing about Medan is that many buildings are still there today. They have not been torn down. Hotel De Boer, the office of Harrrisons&Crosfield, the home of Tjong A Fie, we can still see it as we drive through Medan.

‘My Father’s Century’, bestseller of Dutch author Geert Mak, is set in Medan, among others. Just like the Mak family, there are countless Dutch people who are connected to the city in one way or another.

It was a piece of the Netherlands, with all the positive and negative sides, with Dutch names, companies and buildings designed by Dutch architects. That Indonesian architects such as Sukarno did not get much opportunity to build, let’s just ignore this.

Sumatra is home to one of the largest pristine rainforest areas in the world. There are tranquil harbor towns such as Sibolga and the journey from North to West Sumatra via the “Trans Sumatra Highway” through the jungle-covered mountain range Bukit Barisan is unforgettable.

In addition, there are old planters’ houses, schools and plantations everywhere reminiscent of Dutch colonial history. They are the “bitter sweet memories” of a former Dutch colony, it has not disappeared, you can still find it.