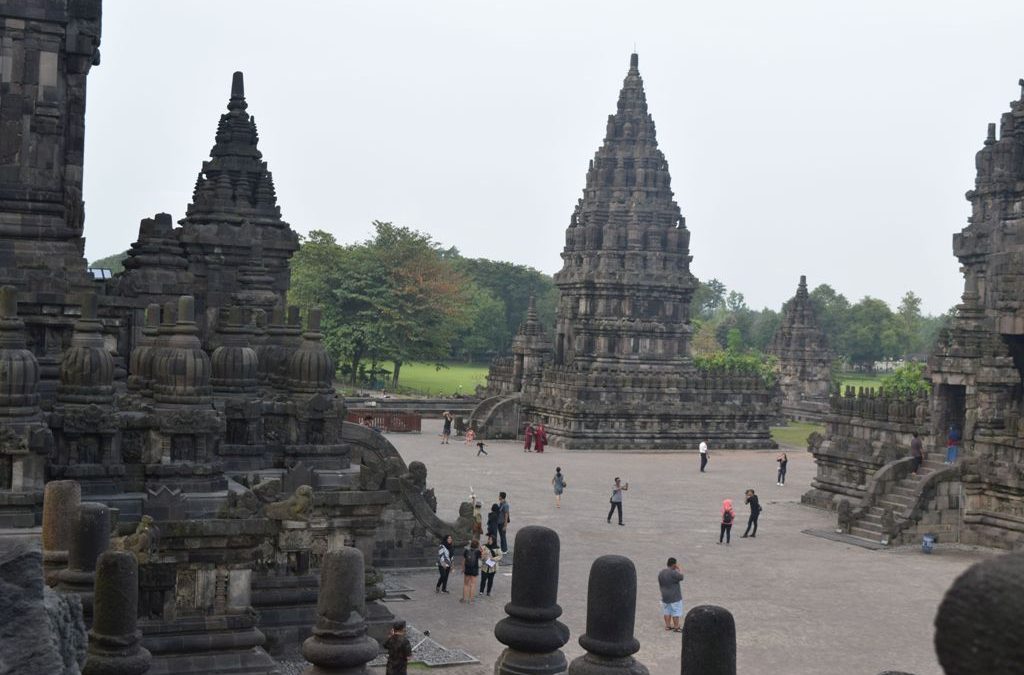 In Sumatra we take you to the most beautiful places on the island, such as Lake Toba in the impressive Toba highlands, picturesque West Sumatra, tropical islands off the coast, the orang utan rehabilitation center in Bohorok, where you can see the orang utans in their natural environment and the elephants in Tangkahan. You can climb volcanoes in Brastagi and for diving enthusiasts the island of Weh is ideal with its white sandy beaches, crystal clear water, coral reefs and beautiful underwater world.

Lake Toba in the Batak highlands in North Sumatra is world famous; it is the largest lake in South East Asia and also one of the most spectacular, surrounded by high mountains and with the beautiful island of Samosir in the middle. When we descend from the mountains we see the lake shining in all its beauty.

The Dutch writer Rudy Kousbroek even called Lake Toba “the most beautiful place on earth”. Like the Batak highlands, the highlands of the Minangkabau in West Sumatra are indescribably beautiful. If you have more time, you can go to the impressive nature reserve Kerinci Seblat, where the Sumatran tiger still lives in the wild.

In addition to traveling through beautiful Sumatra, we provide Cultural Tours. For those with personal memories of Sumatra and for those interested in history, we organize special cultural and architecture tours to the Malay, Batak and Minangkabau tribes as well as places of colonial history. Through Medan we provide a unique architecture tour along the still existing pre-war buildings based on our city guide “Tours through historic Medan and its surroundings”. Colonial architecture can still be found on plantations, in company buildings and pre-war houses. It is the other, unknown side of Sumatra. We tell the story and take you there.

Numerous people are somehow tied to Indonesia. Many of our guests who traveled with us were in search of the past, of their own or their parents or grandparents. Many were looking for the locations of former Japanese civilian internment camps. During the Japanese period of 1942-45, more than 200,000 Europeans, mostly Dutch, were interned in fenced camps, often located in existing residential areas, but also in temporary facilities of wooden barracks. The locations of these camps are often unknown, and there is often not much to see of the camp anymore unless the camp was located in an existing residential area, but it is still very difficult to find. Still, it is emotionally important for many people to visit the location. We know the locations and take you there. For those looking for the places of their family history, we provide special “nostalgia” tours.

In addition to Sumatra, we organize tailor-made programs on Java, Sulawesi, Bali, Flores and Komodo. It was in the province of West Java where Indonesia made the first important contacts with the outside world, starting with traders from India and China, later with Europeans. Today we can still see the fortresses in Banten, the memories of the first fortified fortifications of the Dutch. Jakarta is the commercial and official center of Indonesia. From Bogor – with its world-famous botanical garden – going east, you will pass through the city of Bandung, where you can still find colonial architecture in art deco style.

The most beautiful train journey in Indonesia is the route between Bandung and Jogyakarta with breathtaking panoramas of lovely Javanese landscapes, beautiful rice terraces and impressive mountains. After this unforgettable train journey, you will arrive in Jogyakarta, the cultural center of Java. Jogyakarta is home to the famous 18th century “Kraton”, the palace of the Sultan Jogyakarta. The various religious influences of Buddhism, Hindu and Islam resulted in the construction of impressive temples such as the Borobudur and the Prambanan near Jogyakarta. The oldest Hindu temples in Indonesia are located two thousand meters above sea level on the cool Dieng plateau. Surabaya, the capital of the province of East Java, is the second largest city in Indonesia. The still active volcano Bromo is a day trip away from Surabaya. It is an unforgettable experience to stand on top of this almost 2400 meter high mountain.

From Java you can cross to Bali, Lombok and the Gili Islands. Bali, also called the flower island, is located just south of the equator. The island is especially famous for its unique Hindu culture, impressive temples and paradise beaches. From the 15th century, when the Javanese Majapahit kingdom was destroyed, intellectuals, artists and craftsmen moved to Bali, where they maintained the Hindu culture. In fact, until the 1950s, Bali had hardly changed. Now it is one of the most famous holiday destinations in the world with paradise beaches and wonderful hotels.

In East Indonesia we provide programs on the beautiful island of Flores with its impressive nature, white beaches and crystal clear water, ideal for snorkeling and diving. One of the highlights of Flores is the Kelimutu crater with three volcanic lakes. Also on Flores we can see the Liang Bua caves where the short Homo Floresiensis (the hobbit), the oldest human in Indonesia, has been excavated. Next to Flores is the island of Komodo, known for the Komodo dragon, which you can see here in their natural environment. This largest living reptile on earth lives on the 3 islands of Rinca, Padar and Komodo and some parts of West Flores.

Also in Eastern Indonesia is the beautiful island of Sulawesi, in which the stunning Toraja highland is found. In the seventeenth century, Makassar in the south and Manado in the north were already important trading ports for the Portuguese and later for the Dutch. Because of this, both South and North Sulawesi had been in contact with foreigners for hundreds of years. This is in contrast to the people of Toraja in the interior, an almost unknown mountain people, with their terrifying tradition of headhunting. The seafaring Buginese and Macassareese sailed for centuries to the spice islands, even reaching the northeast coast of Australia. In Makassar you can still see the impressive Fort Rotterdam, a remnant from the VOC period.

Throughout all the regions mentioned, we provide tailor-made programs based on your special wishes. For comments from our guests who have traveled through these areas with us, we invite you to read the stories on TripAdvisor whose link is included: https://www.tripadvisor.nl/Attraction_Review-g297725-d7368674-Reviews-or10-Tri_Jaya_Day_Tours-Medan_North_Sumatra_Sumatra.html#REVIEWS