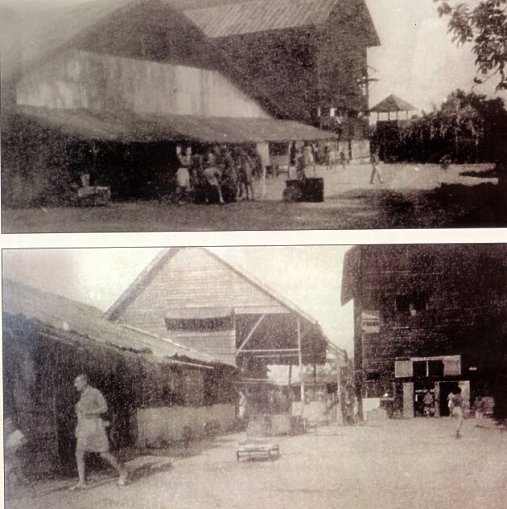 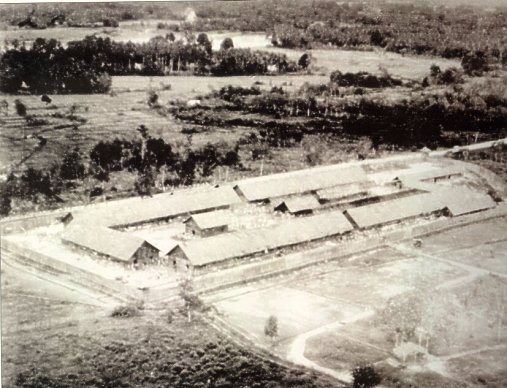 In October 1943 European men and boys, who earlier had been interned in the prison in Padang, were brought to a new prison camp near Bangkinang, around 70 km. west of Pakan Baroe on the way to Bukittinggi. On the site there was a rubber factory. The women and children followed in December 1943 to Bangkinang, where they were housed in newly build sheds around 3 km. west of the rubber factory. By the end of 1944 there were nearly 3.200 civilians interned in these camps. In 1945 alone approximately 140 persons died from disease and exhaustion. The Japanese surrender was announced on August 22, 1945. (Dulm 2000: 58,59)